Dave has served at the Wahawk Trainer for the last twelve years. During those twelve years Dave has gone above and beyond the call of duty of his athletic training contract. During his “day” job, Dave serves as a licensed and certified Athletic Trainer at the Cedar Valley Medical Specialist Clinic in Waterloo, overseeing rehabilitation of a variety of clientele, ranging from the young to the elderly. His superior knowledge enabled his selection as lead person for Cedar Valley Medical specialist in working with the University of Northern Iowa’s collegiate interns, many who come to Waterloo West for their internships. In this position Dave has received several awards for his contribution to athletic training.

Jeff Frost, Athletic Director at Waterloo West High School said “I still feel Dave’s greatest call is his connection to the West High School athletes… He has excelled for the last twelve years in the care and protection of Waterloo West High School athletes. He has made strong connections with all of our athletes and coaches. The trust level and bond between them is unbelievable. Dave always has the best interest of the athlete in mind. As an athletic director, I have total faith when Dave Fricke says we must do something”.

Prior to coming to Waterloo West Dave worked in the New York Mets organization.

Dave will be honored at the 2009 IHSADA Convention on Saturday, March 29th, 2009, at the Fort Des Moines Hotel.

Congratulations on a well deserved honor. The Wahawk Community applauds you!

Click Here for a copy of Dave Fricke's resume. 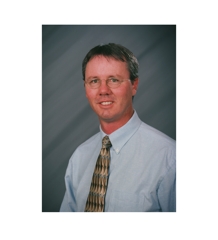