Dave Fricke, Waterloo West High's Athletic Trainer, has been recognized by Training & Conditioning Magazine  as one of the top 20 Athletic Trainers. Dave received Honorable Mention for the award, given annually by the magazine.

"I have had the great pleasure of working with Mr. Dave Fricke, the athletic trainer of Waterloo West High School for the past eighteen years.  I gladly write this letter of nomination for Dave.

Mr. Fricke has been a model athletic trainer at West Waterloo High School since 1997.  He has cared for our athletes at a high level both on and off the courts and fields of West High School.  He constantly goes above and beyond the call of duty.  Even though he is only contracted as a half time employee (the other half of his day is spent in the Cedar Valley Medical Specialist Clinic) he works countless hours beyond his contractual obligations—always!  His knowledge level in the area of athletic training is top notch and his level of care for our athletes is exemplary.  Dave also oversees the eduation and training of several collegiate interns each year.

Dave is on call seven days a week for our West High student-athletes—including Sundays.  Countless Saturdays and Sundays he is performing treatments on West High athletes—even if it means he has to give up watching his beloved Green Bay Packers on television.  He has spent many, many days and nights in hospital waiting rooms comforting parents, and he always follows up on any serious injury with all of the involved parties—including me, the Director of Athletics for West High School.

On a more personal note, Dave has not only been a respected colleague, but also a good friend.  He has been a big part of six Final Four appearances in girl’s basketball (of which I am the head coach).  His management of our injury situations has allowed us to achieve this great success.  He not only attends all of our practices (including Saturdays and Sundays) but he also attends off-season open gyms, and he works all of our off-season tournaments as well.  In addition, he does sports specific training for our athletes which also contributes to our great successes.

Mr. Fricke has received several awards and recognitions in the field of athletic training (including being named the Athletic Trainer of the Year for the State of Iowa by the Iowa High School Athletic Directors Association).  Prior to coming to West High School Dave worked as an athletic trainer with a minor league baseball team associated with the New York Mets organization.

Dave has always displayed a wonderful caring attitude for all of the staff and students of West High School.  His presence here continues to make West High a better place...." 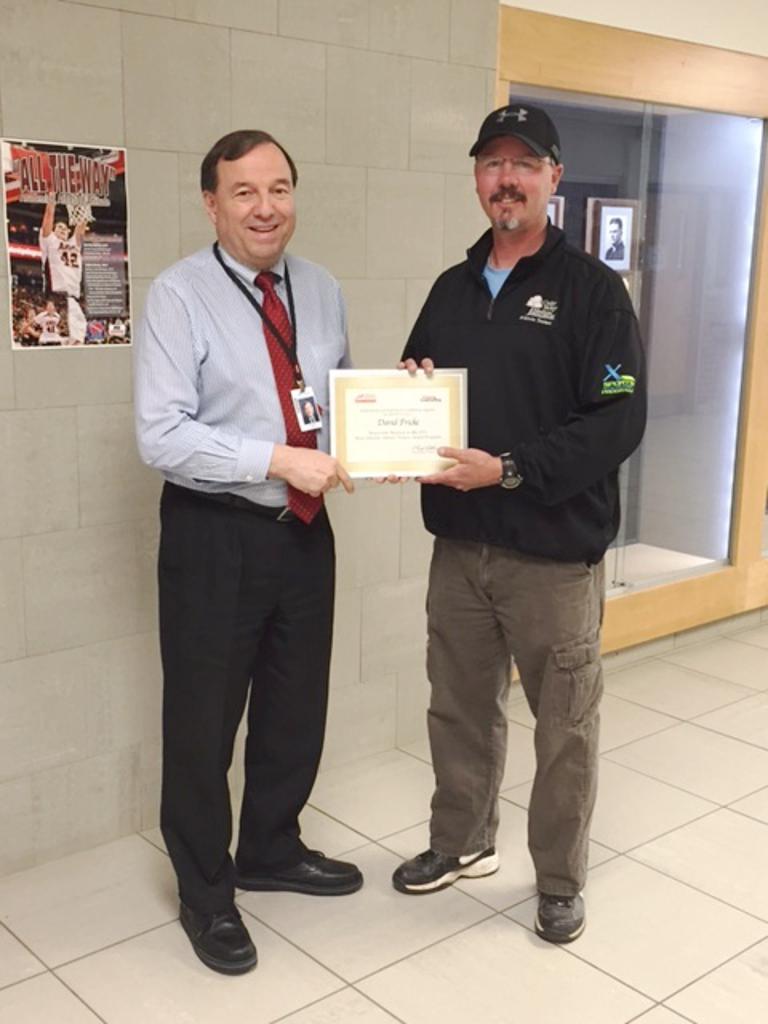